This year we heard that there might be a shortage of small koi available, so we made the decision to go out to Japan in February instead of April.

Having made this choice, it opened up another opportunity to go to the ‘All Japan Koi Show’ in Tokyo before heading to the mountains to select our koi. As one thing leads to another we thought that this would be great to offer some of our customers the chance to experience the whole koi selection process and the Koi show (which is like Crufts for Koi).

We sent Anthony (store manager and Koi expert, Littlehampton branch) out with two customers first, Anthony guided them through Tokyo to Nagaoka. They all started to go around the breeders to view the koi on offer. As expected, our customers were surprised at the quantity of quality koi available in all sizes. Needless to say, they, like us on previous trips, turned into kids in sweet shops pointing out all the fish they would like.

It’s like going to a dog breeder to choose the puppy, except with an 11-hour flight to the other side of the world and to another culture altogether. Not many hobbyists get to choose their koi directly from the Japanese breeder, being able to ask any questions regarding the bloodlines etc. or to sit down and drink tea/coffee with the breeder. 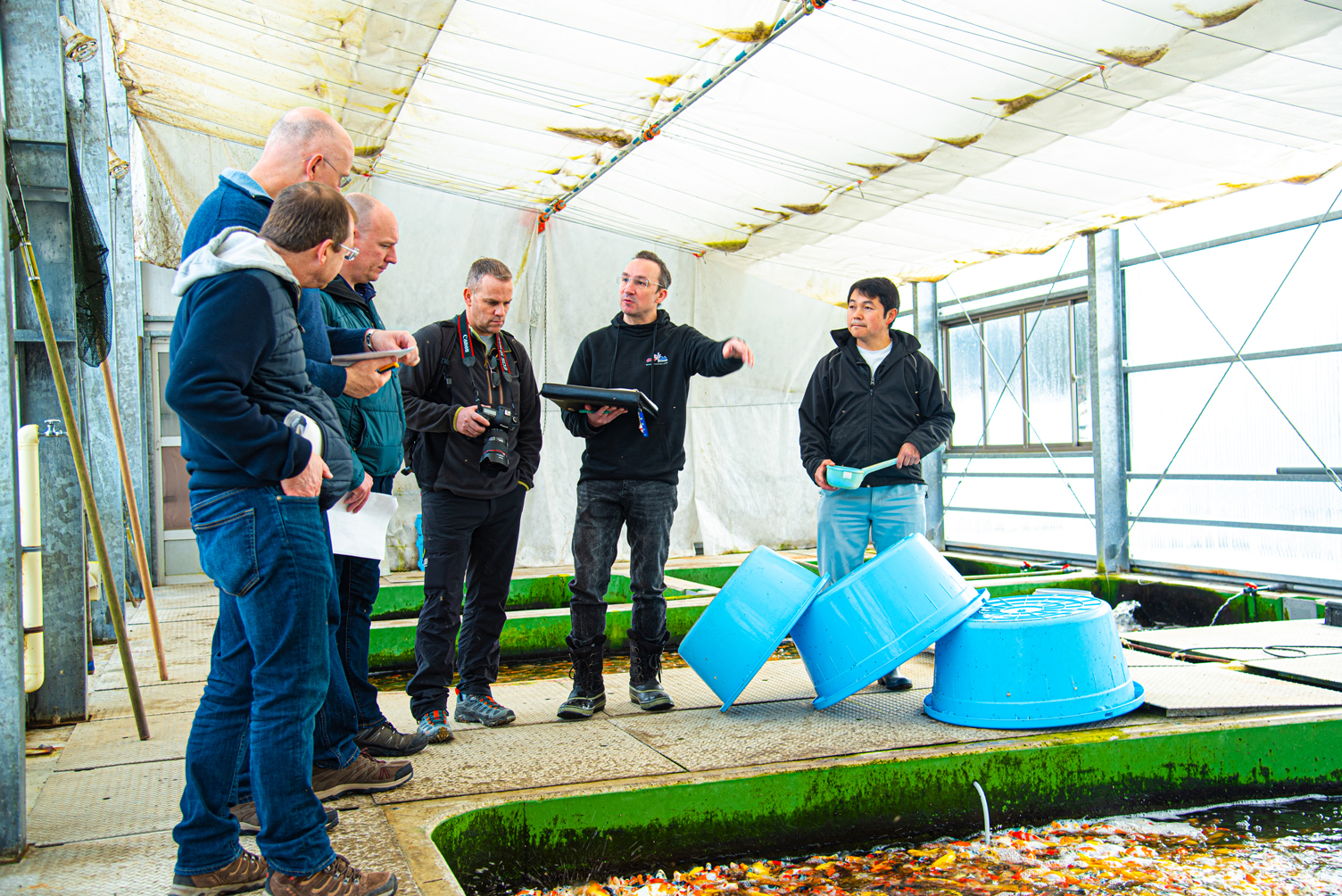 At the end of the first week, Anthony guided the customers back to Tokyo where we all met up at the hotel to leave our luggage. After a coffee, we ventured onto the metro system to go to the koi show. This is the first visit which I feel I’m beginning to understand the complicated train system that Tokyo has.

It is the first time we have visited the show, I must say that I was amazed by the number of holding vats there were in the hall (over 700) all with koi ranging in size from 1-year-olds upwards and every variety that you could imagine. It took some time to go around all the fish and marvel at the choice of Grand Champion. 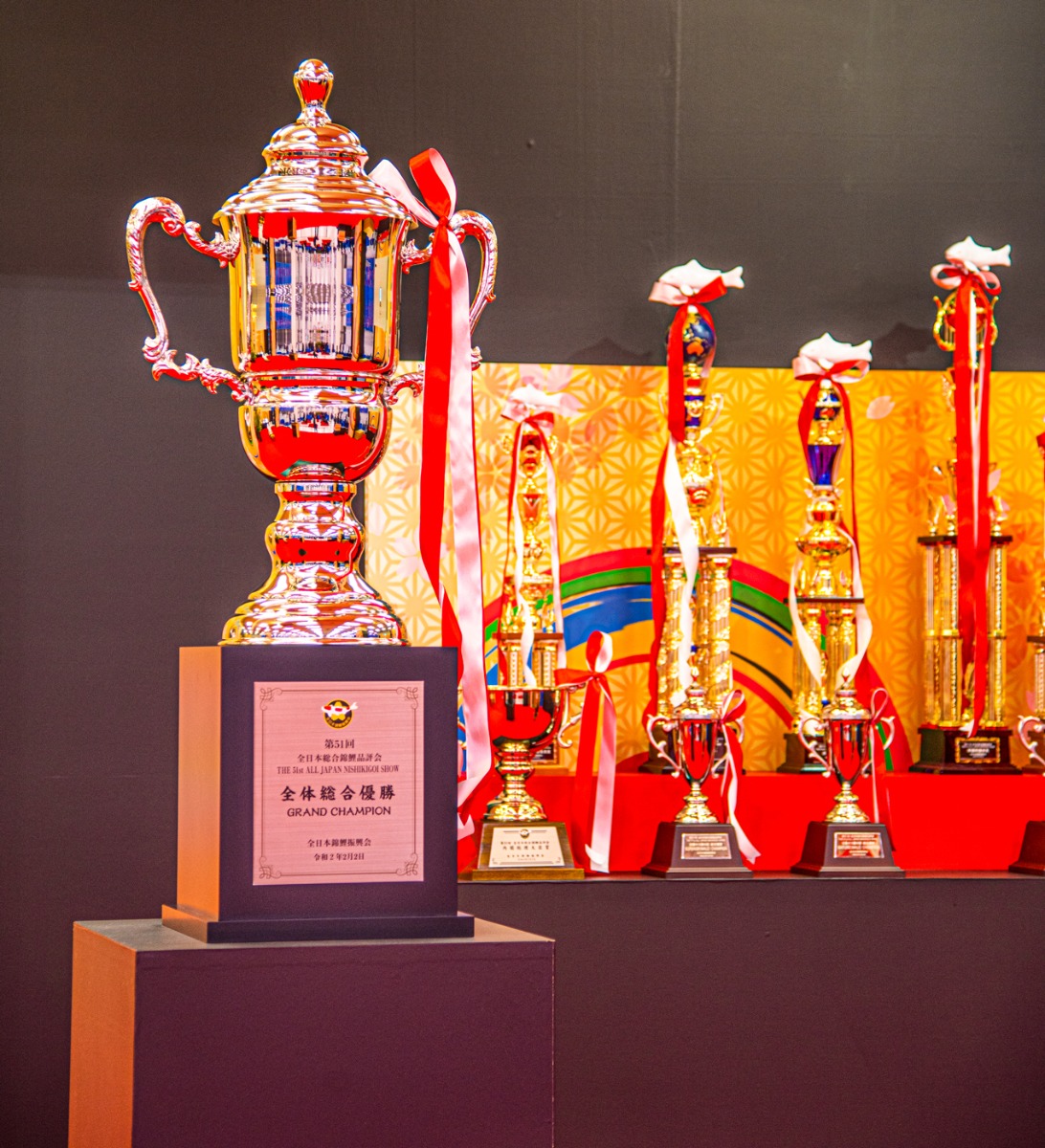 We said goodbye to our customers and went off to Nagaoka to start the selection process for the stores. Indeed, there was a shortage in the 7-10 cm size fish, but we have managed to secure all that we needed for the coming season. Noticeably, this year, there hadn’t been as much snowfall as normal so we had no issues in getting to all the breeders’ facilities. The fish were outstanding as usual, and we have some amazing larger fish returning to stores this year, some very unusual and new varieties such as the ‘Kirin Koi’ named after a mythical creature that is also on the label of Kirin beer. The last day came and we only had to return to see three breeders to get a final couple of boxes, the snow began to fall…… by lunchtime there was 10-15cm on the ground, time for a quick snowball fight then off to the hotel and back to Tokyo for the journey home. 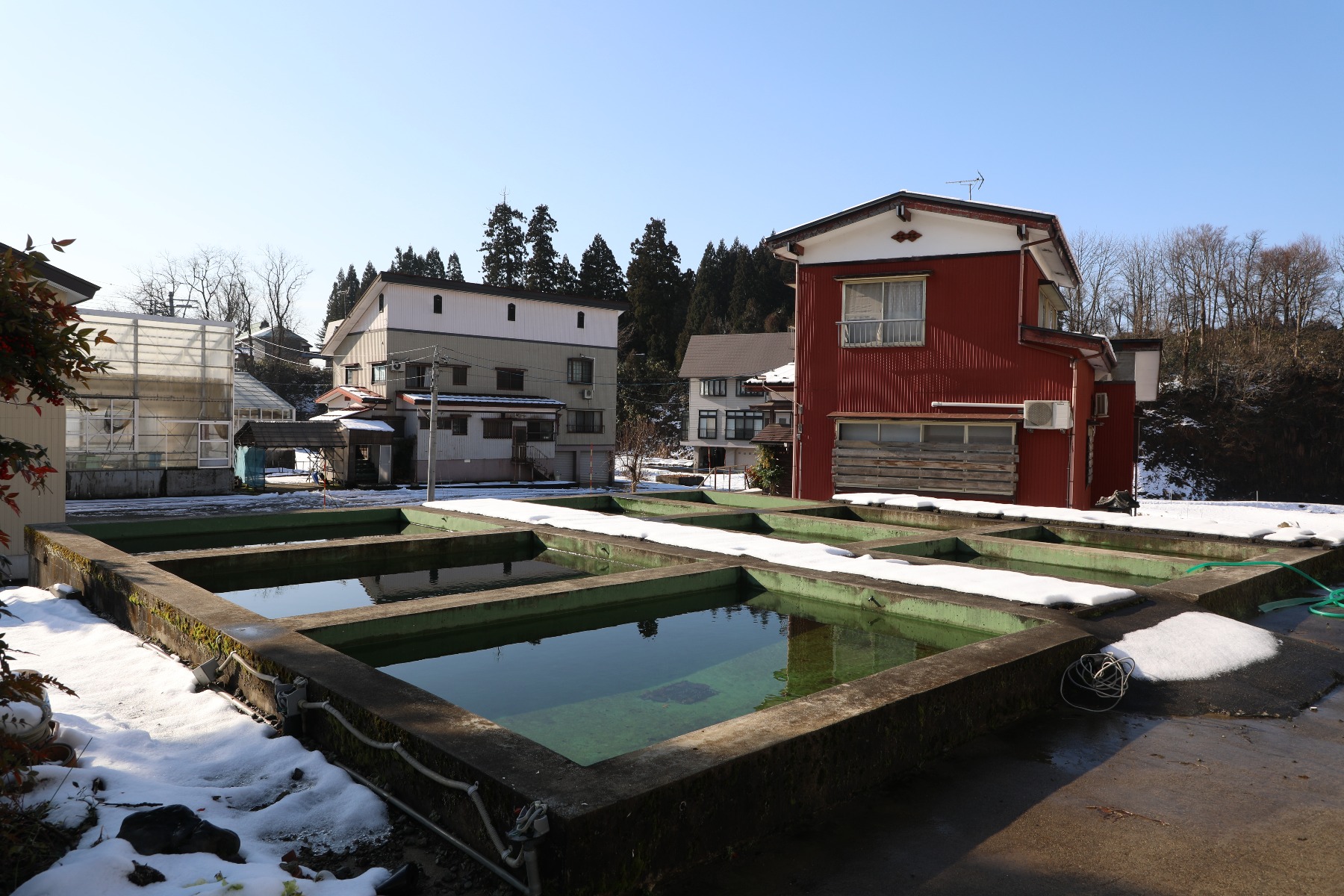 This year Japan had one more thing to show us, we had all retired for the night and were relaxing in our rooms. I thought I felt a shudder….. definitely, a shudder….. even the curtains in the room were dancing and swaying, my colleague said the water in his glass was sending ripples across it (like the scene in ‘Jurassic Park’ when the ‘T’ Rex is coming close). This went on for 30 seconds or so then stopped. A 5.6 earthquake had stuck off the North-Eastern coast of Tokyo! Apparently these happen quite often and it was as if nothing had happened, a normal fact of life.

Here’s looking forward to the next trip….! 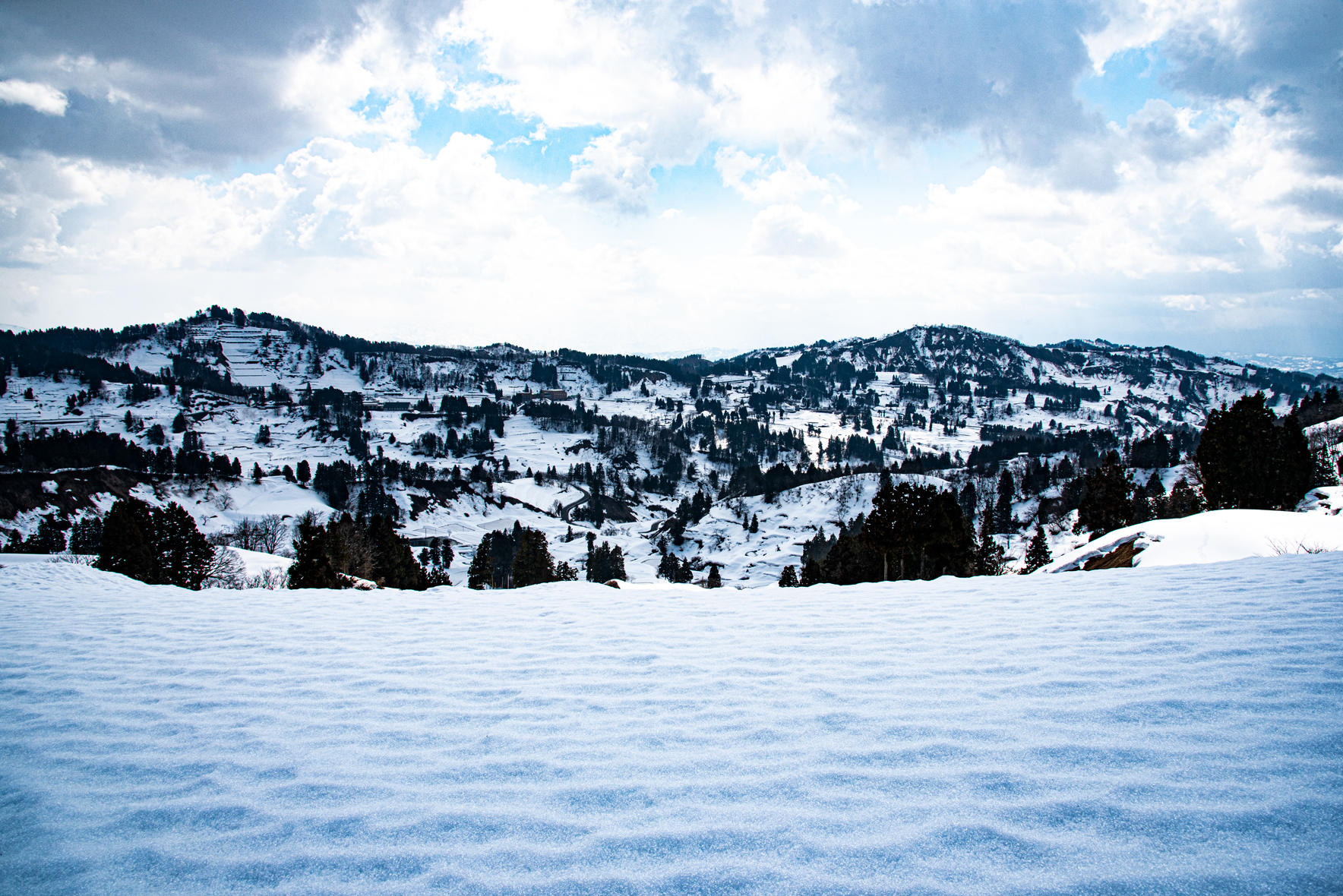